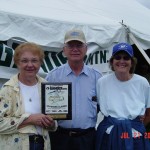 The past two years have been tough on Michigan Captains. Documentation of our larger boats is now required. The PML requirement placed a strain on many Captains. New USCG licensing requirements have been put in place. Homeland Security now requires us all to have a TWIC card. All of these ‘new’ issues have increased the cost and complications of being a fully qualified Charter Captain. Hopefully we will see fewer changes in the years to come. If you need help with any of these issues, please give me a call.

Recently, I attended a DNR conference on Cormorants conducted by the MDNR Wildlife Division. Facts were presented which highlighted the number and problems caused by the Double Crested Cormorant (DCCO). It is estimated that there are between 1 – 2 million DCCO’s in the continental U.S. At least 250,000 of these spend at least part of the year in the Great Lakes region. They are now becoming a major issue on all of the waters of Michigan. In the early 2000’s the USDA began control efforts in Michigan, initially in northern lake Huron, which had been devastated by the birds. Now a recovery is underway in that area. In 2006 the USDA made it initial efforts on Lake Michigan at Ludington. In 2008 it was expanded to the Beaver Island chain. Now the MDNR Fisheries Division, in cooperation with the Wildlife Division and the USDA has become very pro-active in developing control strategies for all the waters of Michigan. Federal rules control the number of birds that can be removed each year and at each location. For the 2009, the statewide limit is 10,400. Efforts are underway to get the annual quota increased. It appears that a cooperative effort is underway to bring this destructive bird population under control.

The DNR fisheries division has serious budget issues that may impact its efforts to maintain the fishery that we all participate in. We as an association, and as individuals need to do what we can to keep the fisheries division working as near full capacity as possible. Fisheries Chief Kelly Smith is seeking your support and input.
At the April 1st Joint Citizens Advisory meeting the DNR laid out its research results for the past year, and its future plans for all fish stocks in the state. It also discussed its joint plans with the USFWS for Lake Trout plants. The new plans should lead to a better nearshore Lake Trout fishery. Participation by MCBA members on DNR citizens advisory committees is an important way to successfully influence the DNR. It would be helpful if more members of the MCBA would join these important committees.

The early planning for the Fall MCBA conference in Grand Rapids seems to suggest an interesting and informative program. Tentatively, we hope to have a speaker from the Grand Rapids National Weather Service, a tax expert, and speakers from the USCG and from Homeland Security, as well as the leadership from the MDNR. It’s a great hotel, and a good time to meet with, and ask questions of the DNR top decision makers. Plan now to attend the fall Conference in Grand Rapids the weekend of October 24th. See you there