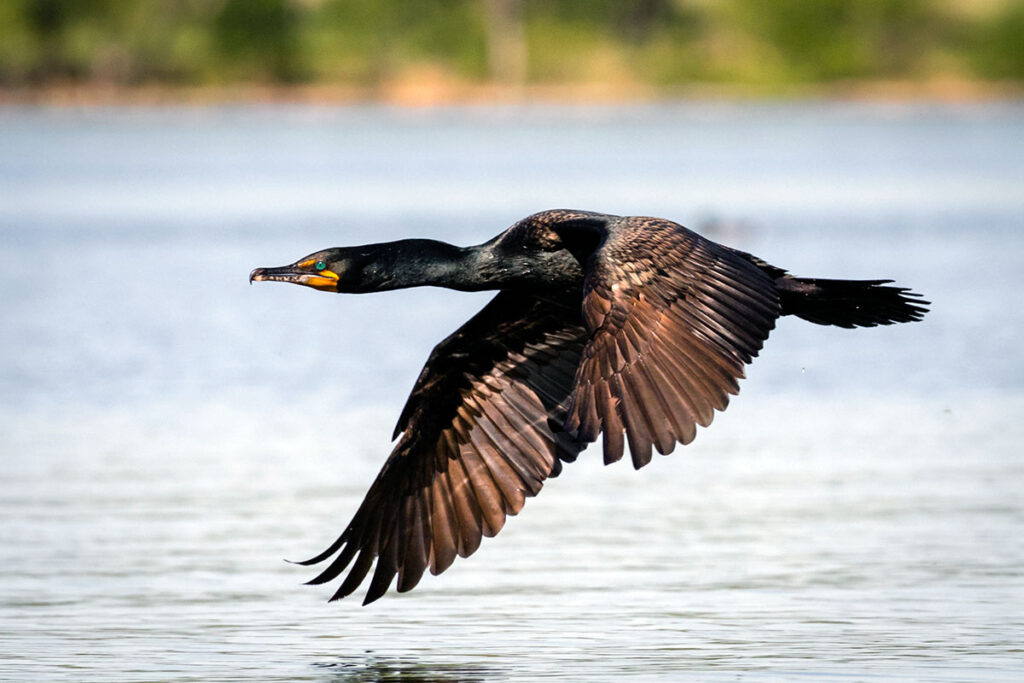 Michigan is often viewed as a leader in double-crested cormorant (DCCO) activity, both in terms of DCCO-fisheries conflicts as well as engaged stakeholders and managers working towards solutions. For those reasons, fisheries managers in Michigan were not surprised with the release of the Environmental Impact Statement (EIS) by the U.S. Fish and Wildlife Service (USFWS) and the publication of their final rule announced late in 2020 with an effective start date of February 12, 2021, as the State has been highly involved throughout the process.

The new ruling is aimed at addressing management conflicts associated with DCCOs, through a new permit system for State and Tribal agencies, that would allow lethal control DCCOs to protect both free-swimming (wild) and stocked fish. In addition to two informational webinars to be held on the new ruling, the USFWS has reached out to State and Tribal Governments in Michigan to begin the discussion on the details for implementation of the new permit system.

Given the long history of DCCO-fisheries conflicts in Michigan, fisheries managers and anglers alike are most interested in the bottom line for the new rule: will the State be allowed to control DCCOs, at what areas, and at what level(s)? The State will be allowed to apply for lethal control of DCCO, following the guidance in the ruling, but the specific take levels have yet to be defined for the State. That being said, the State has a long track record documenting DCCO-fisheries conflicts that will serve as a solid basis for requesting adequate take levels to alleviate the most highly impacted areas where DCCOs consumption is in conflict with the fisheries.

In anticipation of the new rule becoming effective, MDNR fisheries managers have built a list of specific sites with justifications for control levels based on the goal of reducing conflicts and balancing DCCO consumption of fish with fisheries management objectives. The new rule provides flexibility to the State for site selection for control activities, noting that Federal lands will be exempt. The take levels for DCCOs have been set at approximately 121,000 nationally, of which approximately 78,000 will be allowed for the Great Lakes region. Once these take levels are allocated to each state, we will prioritize our list of sites and develop a strategy to maximize management activities based on the goal of minimizing DCCO-fisheries conflicts.

As with any new management system, successful implementation will require a new level of commitment and coordination among management agencies and stakeholders. Challenges will arise such as potentially having to providing new evidence of inefficiencies for non-lethal methods as part of the new permit system allowing lethal take, being required to provide assessments of the control activities, or being able to adequately fund the control activities for the State. However, we have a path forward and fisheries managers are hopeful that this is the start of a longstanding management framework for dealing with DCCO-fisheries conflicts moving forward.