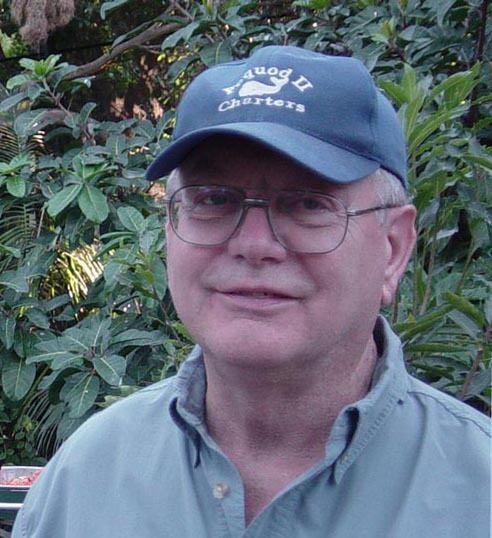 Captain Fenner joined MCBA in 1985, serving on the Board of Directors since 1977. He was the first Director of Central Lake Michigan. Since 2008, he has served as MCBA’s Secretary.

Capt. Fenner always brought 110 percent commitment to MCBA. His knowledge of and communication with the Department of Natural Resources and the United States Coast Guard has been of immeasurable value to our organization.

Capt. Fenner also served as the President of the Ludington Charterboat Association, the largest regional association on the Great Lakes. Working closely with the Michigan Sea Grant, he was particularly valuable in developing and improving the Sea Grant Coast Watch (www.coastwatch.msu.edu) a satellite-based program that provides near real time Great Lakes surface water temperature information to millions of visitors each year, one of the most significant fishing aids for anglers in several decades.

In recognition of his service and dedication to MCBA, Capt. Fenner was presented the MCBA Award at the Annual Conference in Lansing. The award honors those members who have contributed above and beyond of their time and effort in the service of the organization and promotion of the welfare of the Great Lakes fisheries.

The Pistis Award is MCBA’s highest award presented to an individual or organization outside the Michigan Charter Boat Association. It is given in honor of Chuck Pistis, one of Michigan’s leading environmentalists. This year’s recipient is Dr. Kelly Smith.

During his career, Smith played a key role in the successful negotiation and establishment of the 2000 Great Lakes Consent Decree and 2007 Inland Consent Decree, which was negotiated with five recognized tribes to the Treaty of 1836. He supported regulation of the Platte River Consent Decree, addressing phosphorus releases originating from the Platte River State Fish Hatchery. He also led the recovery of the Great Lakes salmon fishery in the 1990s and established the Citizen Advisory Committees for each of the Great Lakes.

Smith has been a mentor throughout his career, to both those inside and outside the DNR. His relationship with MCBA was always positive and supportive, and he promoted a genuine partnership with MCBA, concerned citizen groups and the DNR.