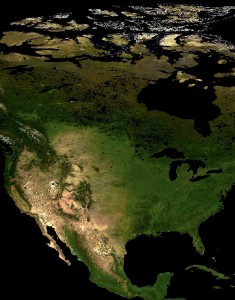 The Obama administration wants to change the way America manages its oceans. So it has introduced a plan to bring all stakeholders – from fishermen to oil companies – to the table.

The White House Monday unveiled the nation’s first national oceans policy, which intends to cut through a growing mish-mash of competing interests – from offshore drilling to fishing to shipping – and create a comprehensive, integrated stewardship approach toward oceans, coastal areas, and the Great Lakes.

After Gulf oil spill, Obama plans better use of oceans Obama seeks compromise in offshore drilling plan Obama’s ocean task force releases report To accomplish that, the new policy mandates no new federal rules, but instead sets up a new National Ocean Council (NOC) made up of federal agencies and state and regional groups. The goal is to have them work together to create a degree of unity in what has been a highly fragmented area of governance.

Environmentalists hailed it as “a momentous day for America’s oceans.” Critics including sport fishermen worry that it would create “new bureaucracies that would impose top-down regulations.”

For President Obama, however, it is merely a way to get everyone a seat at the table – a problem-solving approach characteristic of Obama, now applied to the oceans.

“Right now we have agencies that work along under individual mandates. This policy says the president wants you to work together for the best overall way,” says Andrew Rosenberg, a professor of natural resources at the University of New Hampshire and an adviser to the president’s task force.

For example, instead of “region by region” and “statute by statute” decisionmaking on issues such as wind farms, oil drilling, and fishing, the new system would:

In all this, “marine spatial planning” will be a key tool, says Nancy Sutley, chair of the White House Council on Environmental Quality. Marine spatial planning involves looking at how different areas of the ocean would be best used. It would not be oceanic zoning, per se, with certain types of ocean rigidly “zoned” for certain uses – the policy “does not … establish any restrictions on activities, nor does it restrict access,” a data sheet accompanying the report said.

Rather, spatial planning is seen as new framework for looking at the problem and resolving conflicts.

With disparate groups ranging from fishermen’s associations to tribal authorities potentially laying claim to various swaths of ocean, the likelihood of conflict is high. But officials are hoping that the National Ocean Council will help resolve potential conflicts, too.

“It sounds very bureaucratic, but it really isn’t,” Dr. Rosenberg says. “It’s exactly the sorts of concerns that people are pointing to today in the Gulf of Mexico – where the Minerals Management Service was doing things and other agencies were not fully engaged in raising warning flags.”

“For the first time in this country’s history, we will have a national policy that aligns the great promise of our oceans with the great responsibility for managing them in a coordinated, thoughtful, and sustainable fashion,” Priscilla Brooks, vice president and director of Conservation Law Foundation’s ocean conservation program, said in a statement.

But others were concerned.

The American Sport Fishing Association said in a statement on its website that it was worried about “significant, fundamental changes to both the regulatory structure…. Of particular concern is the potential creation of new bureaucracies that would impose top-down regulations, which would impinge on state agencies which have primary jurisdiction for resident fish and wildlife.”