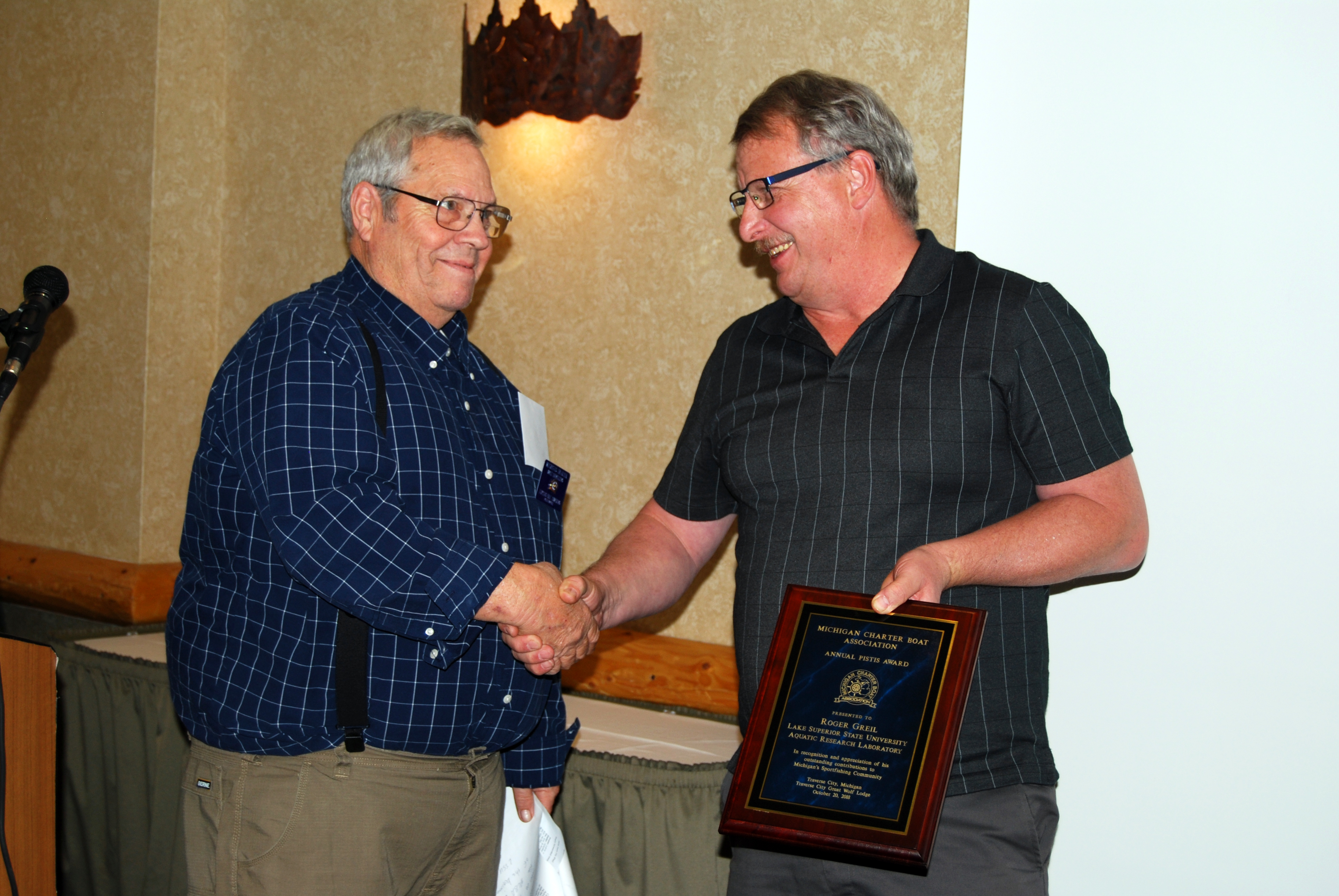 The Pistis Award is given in Honor of Chuck Pistis, former Michigan Sea Grant Program Director. It honors an individual or organization outside MCBA who is a defender of our Great Lakes and natural resources.

This year the Michigan Charter Boat Association proudly presented the Pistis Award to Roger Greil manager of Lake Superior State University’s Aquatic Research Laboratory. In his nearly 30 years as laboratory manager, Greil has played an active role in training hundreds of undergraduate students in fish culture management, many of whom have gone on to pursuer successful careers with the Michigan Department of Natural Resources. Nearly two thirds of all fish production staff in the MDNR are LSSU alumni!

In addition to student training, Greil has overseen the development of the Atlantic salmon rearing program, which has been highly successful in Lake Huron and has resulted in creating a “world class” fishery. Greil is also a tireless advocate for the Great Lakes fisheries in general. He has been the recipient of two State of Michigan Outstanding Partnership Awards and the Grayling Award from the American Fisheries Society.

“It is my honor to present Roger Greil with the 2018 Pistis Award,” said President Eric Anderson.

Greil received the prestigious award during ceremonies at the MCBA Annual Conference and Awards Banquet held at the Great Wolfe Lodge in Traverse City the weekend of October 20. Greil was also the evening’s guest speaker, discussing LSSU’s Atlantic salmon program and the progress the Atlantics’ are making in the Lake Huron fishery.