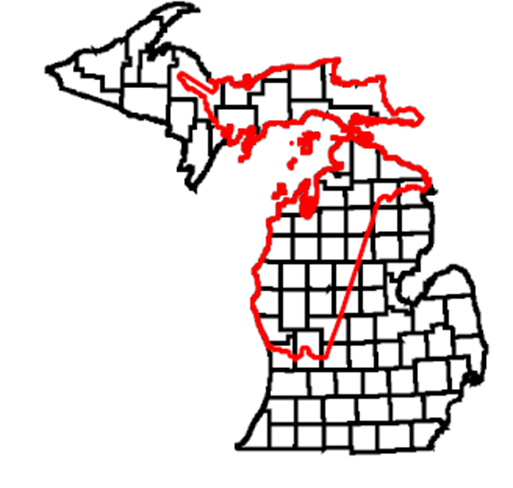 The Decree is currently set to expire on December 31, 2020. The parties began negotiations regarding a successor agreement in September 2019. The negotiations were unexpectedly upended by the coronavirus pandemic in March of 2020, and the process advanced slower than hoped. To help the process, the parties stipulated to the appointment of a mediator: former Michigan State Supreme Court Justice Michael F. Cavanaugh (ECF No. 1876). With the assistance of Justice Cavanaugh, the parties have resolved some of the outstanding issues. The Court recognizes the difficulty of assembling seven parties and fostering an agreement in the best of times, and the current situation is certainly less than the best of times. The Court is impressed with the parties’ continued resolution of the complicated issues involved in creating a successor Decree. The Court commends the efforts of both the parties and Justice Cavanaugh.
Hearing no objection to the motion to extend, it will be granted. Accordingly,
IT IS HEREBY ORDERED that the 2000 Great Lakes Fishing Decree is hereby amended: the final sentence of § XXII(A) shall now read “The Decree shall expire on June 30, 2021.”
IT IS FURTHER ORDERED that the Joint Motion to Extend the Decree (ECF No. 1901) is GRANTED.
IT IS SO ORDERED. Date: December 8, 2020
/s/ Paul L. Maloney Paul L. Maloney
United States District Judge

Earlier this year, we updated you on the agreement between the State and five Michigan Tribes that have governed Tribal commercial and sportfishing in the northern Great Lakes for the last 20 years. (The map below shows the Tribal areas.) That agreement was set to expire on August 8 of this year and negotiations for a new agreement were ongoing at the time we reported to you. Your Association is an active participant in a coalition of Sportfishing and conservation groups concerned about the Great Lakes fishery that is involved in the negotiations. Others in the Coalition to Protect Michigan Resources (protectmiresources.com) are the MUCC and the MSSFA, along with a dozen other groups. Recently, several new groups have joined the Coalition to support its efforts.

Donate to the Fund
Please consider a donation to the fund.

We reported in the spring that there was a real concern that the 20-year agreement would expire with nothing in place to define the relative rights of state and tribal fishers. Here’s where things stand today:

Negotiations with the help of a Mediator are ongoing.

This spring, negotiations had been ongoing for six months and not a single issue had been resolved. The parties then asked the Federal Court to oversee this issue to appoint a mediator. The Court did so, appointing former Chief Justice of the Michigan Supreme Court, Michael Cavanaugh, to serve as the Mediator. Justice Cavanaugh has held several sessions with some or all of the parties. Negotiations have been made difficult, however, by the existence of the pandemic, which has prevented face-to-face meetings. To be frank, Zoom conferences are simply not the best way to discuss the complex biological, political and social issues facing us. We have suggested to the State, a couple of the Tribes and the Mediator that we should try to hold in-person, small group meetings, with proper distancing, of course, so that the parties can have frank discussions that lend themselves to confidential give and take “across the table.” So far, that suggestion has fallen on deaf ears.

No agreements, but some progress

As mentioned above, we reported in the spring that not a single issue had been resolved in six months. Unfortunately, the last six months has not provided much progress either. That said, it is fair to say that recently, the parties seem to be coming together on one of the fundamental issues that has to be resolved for a new agreement. With the exception of one Tribe, all of the other parties have agreed on what we think THE fundamental issue for a new agreement is. While we cannot disclose any proposals, responses to proposals or the substance of the parties’ discussions, we can say that the parties are now actively engaged in negotiations over a management plan for State and Tribal waters. (Due to a confidentiality agreement between the parties, including the Coalition, we can’t get into the specifics of the parties’ discussions.)

We should also let you know that we have been actively working with the State, as well as having constructive discussions with certain Tribal representatives and the Mediator on issues facing the parties. Our relationship with the State has been a good one, and though we may not always agree, we have had the opportunity for constructive discussions and to suggest language for including in proposals or a new agreement.

The existing agreement has been extended by the Court

The agreement that has governed Tribal and State fishing in the Treaty waters was set to expire on August 8. In late June and early July, the parties asked the Federal Court to extend the agreement to avoid chaos. The State and Federal governments, along with 4 of the 5 Tribes in the agreement, and the Coalition, supported a request for the Court to extend the agreement until the end of the year, December 31. The Sault Ste. Marie Tribe of Chippewa Indians filed its own request, asking the Court to extend the agreement only until November 8, but on the condition that any future extension would allow the Sault Tribe to fish in ANY waters open to tribal fishing including those “home waters” that were open only to a local tribe. For example, the Sault Tribe was asking the Court to allow it to fish the waters of Grand Traverse Bay, Hammond Bay, Little Traverse Bay and south almost to Pentwater to after November 8 under the rules that apply to the Grand Traverse Band, Bay Mills Indian Community, Little Traverse Band and Little River Band respectively. We understood the Sault Tribe request to be a rejection of the current agreement.

The Court rejected the Sault Tribe request and granted the request sought by all of the other parties and the Coalition. The Court also directed that if additional time was needed after December 31, the parties should request that additional time by early December.

The Court has directed the Mediator to report to the Court on September 15 as to the progress of the negotiations. The parties are continuing to meet and exchange proposals and we continue to stay involved. We discuss the negotiations with the Coalition’s negotiating team on a regular basis. That team includes Tony Radjenovich (MCBA), Frank Krist (Hammond Bay Anglers), Wes Newberry (Grand Traverse Area Sportfishers), and Bill Winowecki (MCBA), and with Amy Trotter (MUCC).

2020 Consent Decree Update A Continuing Resolution The Decree is currently set to expire on December 31, 2020. The parties began negotiations regarding a successor agreement in September 2019. The negotiations were unexpectedly upended by the coronavirus pandemic in March of 2020, and the … END_OF_DOCUMENT_TOKEN_TO_BE_REPLACED