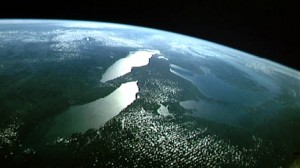 The U.S. Army Corps of Engineers indicates water levels could drop below chart datum by October. At the end of May, Michigan-Huron levels were about five inches above chart datum, which is the reference point used on navigational charts to measure the depth of water throughout the lakes.

The water level graphs over the years notices a familiar pattern. Water levels start off low in the winter, go up steadily in the spring and then start dropping off gradually from July until the end of the year.

This typical rise hasn’t happened and the Corps is predicting only a very slight rise in June and July, followed by the usual late-season decline.

Lake Huron water levels in May were 10 inches below those of last year and the Army Corps report indicates they were 14 inches below the long-term average.

All the other Great Lakes were also below the long-term average, but none as much as Lake Huron.

U.S. Army Corps of Engineers reported  that in April Lake Superior lost about 3 inches at a time when Lake levels should be at the highest.